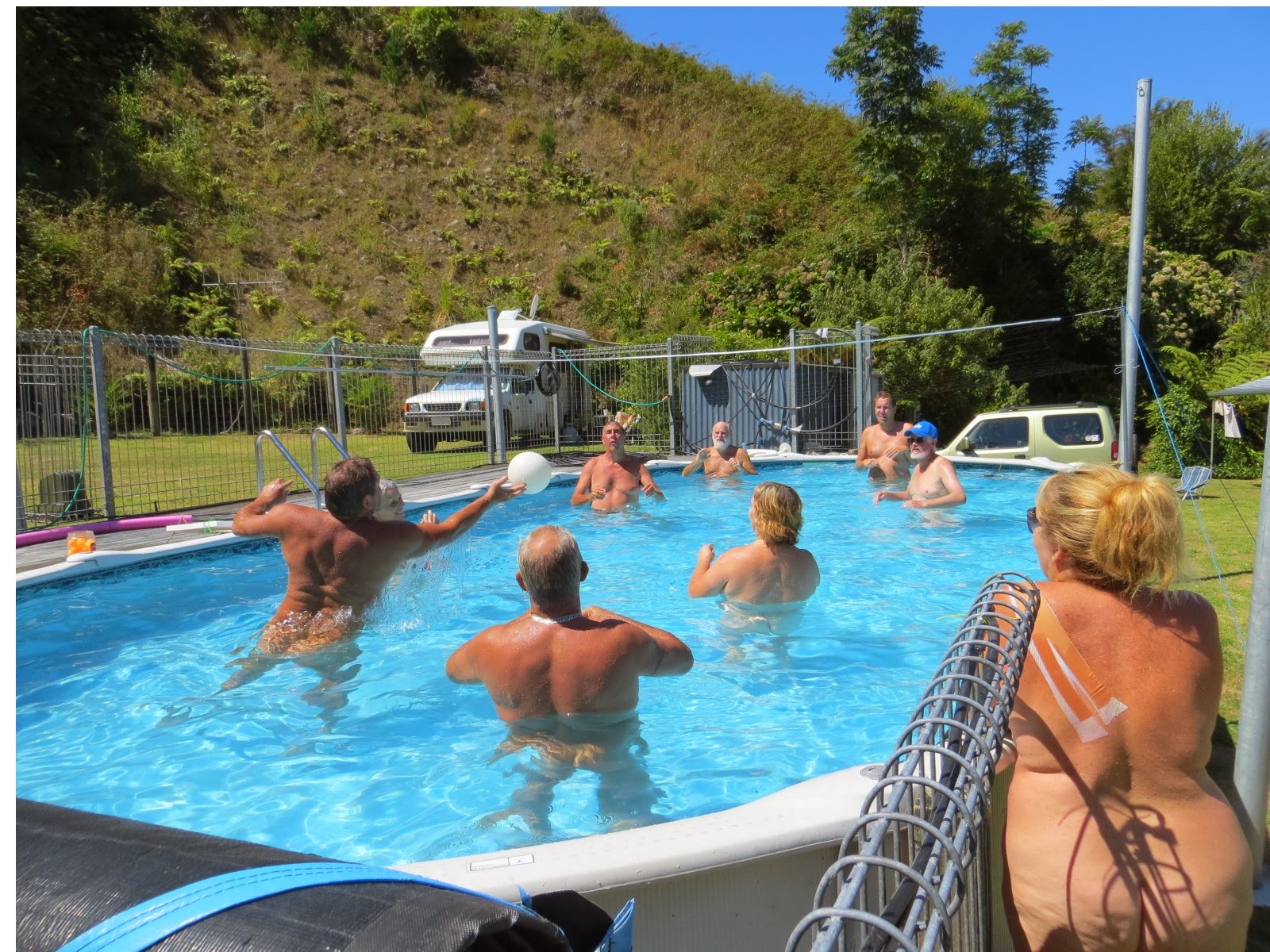 It was great weather for the BOP Sun Club's visitor weekend, to which BOP Naturists were invited. There was a huge turnout at the club grounds of BOP Sun Club members, BOP Naturists who didn't belong to the club and other visitors who had seen or heard the publicity in the media about the day. The pool was tepid and was well used by those present.
The organisation was great, starting with heaps of promotion on the local radio station. A couple of members put signs on the road to the club so that some (one) BOP Naturist (I won’t mention his name) could find the place after nearly giving up. Oh well, it was his birthday so I guess we can forgive him!
The BBQ at lunchtime cooked both days by the club's naked chef saved us making our own and the mystery auction was a different fundraising idea, instead of the usual raffle. Many of the goods auctioned were donated to the club by a member and all were sold at very reasonable prices. Mr (and Mrs) Whippy came along both days and supplied us all with ice creams.
It was really great and a fantastic effort by the committee. Well done guys – you did the club proud.
Posted by Glenne at 4:15 PM