Campout in the Waikato

Fifteen members of Bay of Plenty Naturists came along to Little Waipa Reserve beside Lake Karapiro over the weekend, some arriving on Friday afternoon to set up camp. One couple brought a gazebo along, so together with the party tent we had plenty of shelter. 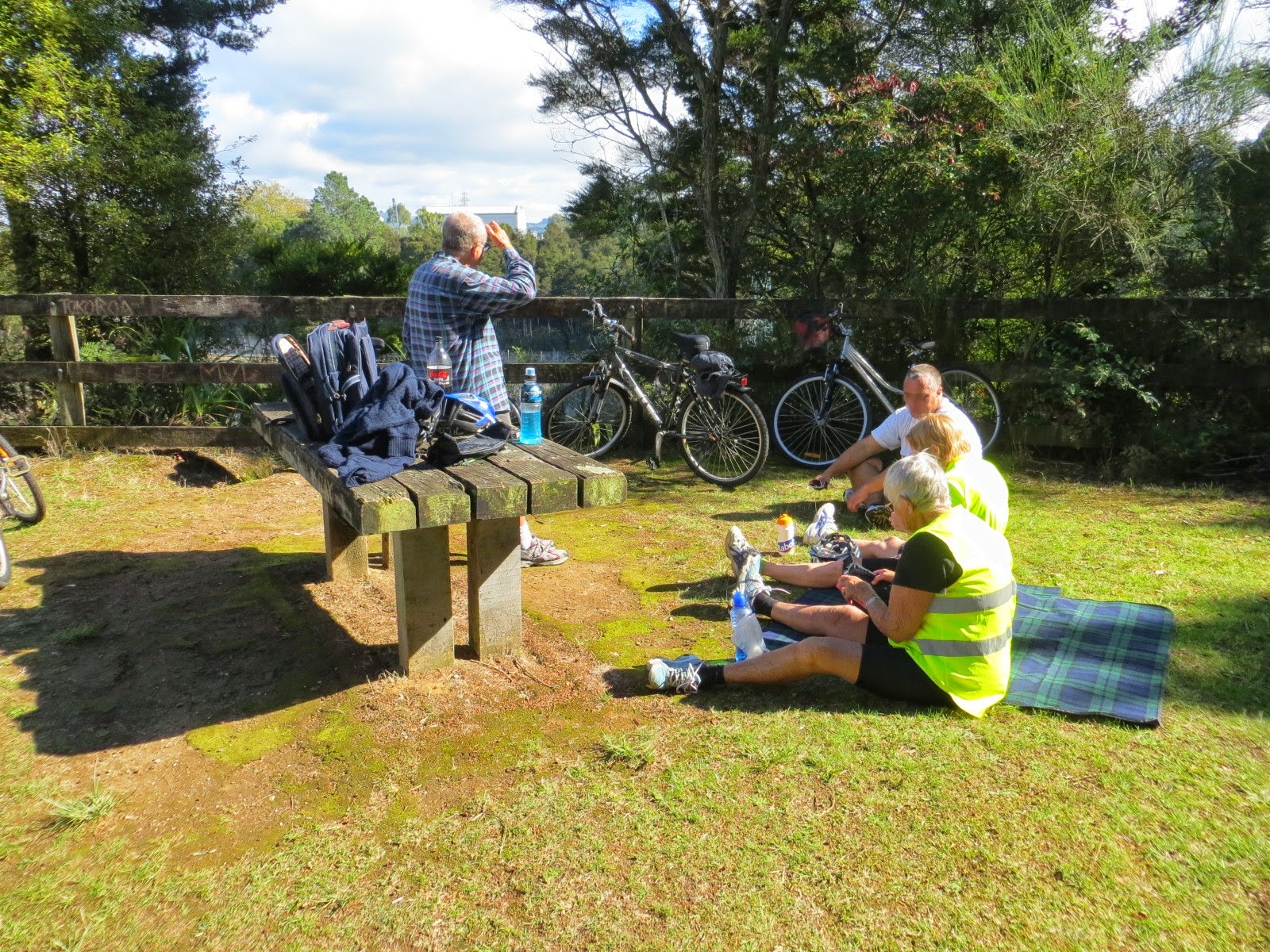 On Saturday, after the fog cleared to a beautiful day, seven of us completed a section of the cycle ride on the Waikato Cycle trail between the camp and Arapuni dam – a distance of 5.5km each way. For some of us, the uphill sections were a bit much so we walked those and a few also walked the steep downhill sections as well – I was never a keen mountain biker! But it was a lovely day and we all enjoyed the ride with no mishaps. We had lunch overlooking the Arapuni power station. 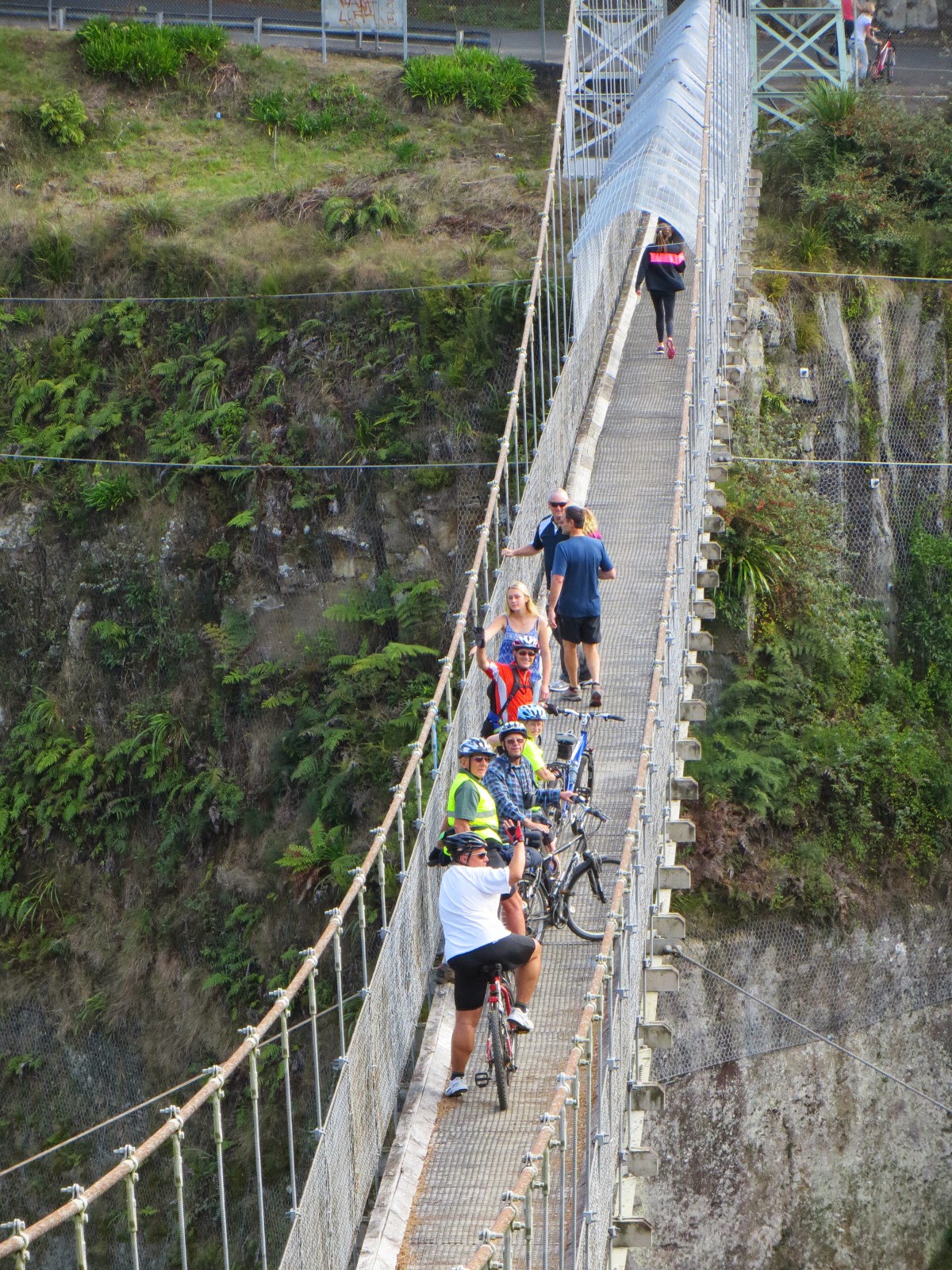 After lunch, the brave (not me) went over the suspension bridge and met me back on the trail. The ride back to camp was overall downhill so a little easier. Once back at camp we joined several others who had arrived while we were away. After happy hour we had a shared meal under the shelter of the gazebo.
On Sunday, the fog was quite thick on the lake. But once it cleared, we broke camp and headed to the other side of Putaruru to Te Waihou Spring (Blue Spring). There were almost no cars in the car park when the eight of us started out but this soon changed.
But a funny thing happened on the way to the spring… Along the way, we came to a bridge, where three of our members thought could be a good place to strip off for a swim in the cold water (why they wanted a cold swim I still don’t understand)! While they were contemplating if it was suitable, three walkers came along. The man said “What a great place for a skinny dip”! We said “Go ahead – we don’t mind” and I added “We are naturists. We will if you will!!” (Note that when I said ‘we’ that didn’t include me)! So with that challenge in hand, he started stripping off, quickly followed by our three. They all got in to the water which is reputed to be a constant 11oC at the spring. 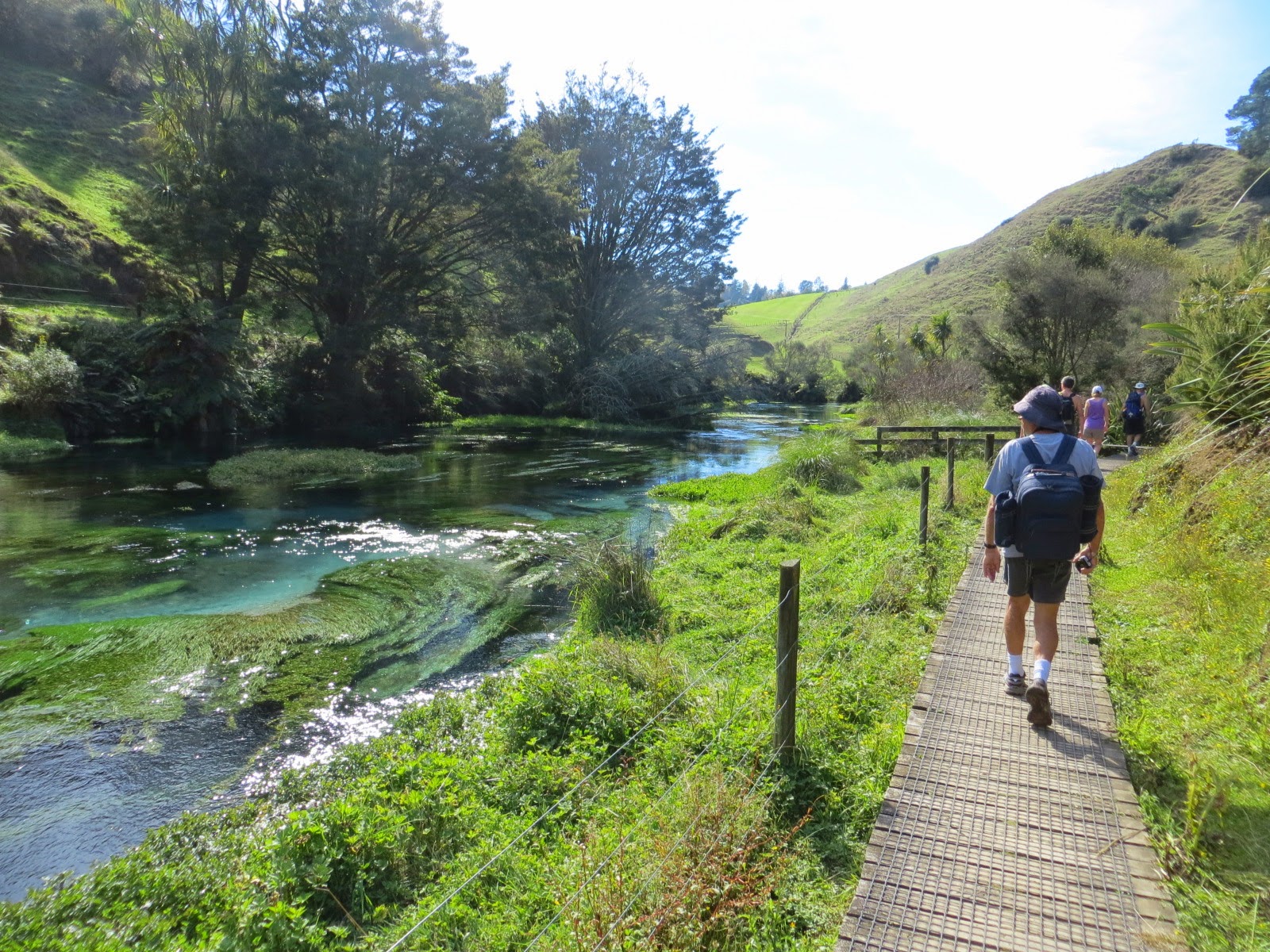 Once out of the cold water, our three new friends walked with us to the spring, stayed there with us for lunch (where they went for another swim, much to the amusement of another couple who arrived while they were in the water) and then walked back to the car park with us.
Once back there, one of our new friends produced a cake which she shared with us all and we provided a hot drink, which warmed everyone up. Isn’t it amazing that on a walk miles from anywhere, you can meet up with others who have the same mindset as us!!
Posted by Glenne at 9:26 PM