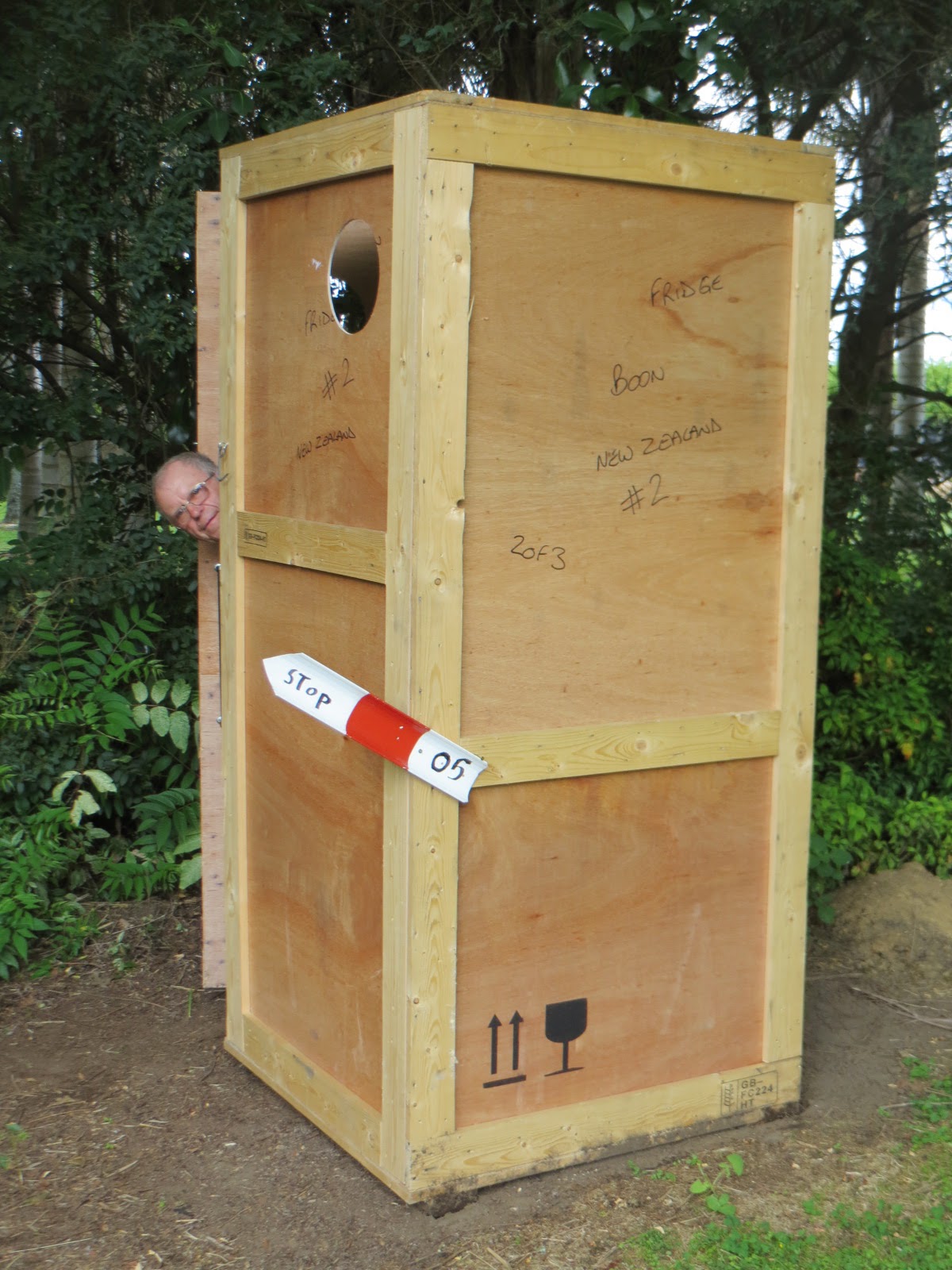 What a great time Bay of Plenty Naturists had at a private property in Tauranga over the weekend. We started on Friday evening when members started gathering to camp over two days. After dinner, we chatted around the fire on the warm evening and were hoping to see the comet, but a late shower put paid to that idea!
Our host had to be congratulated on his new classy toilet, which was a few grades better than last years and showed some great Kiwi ingenuity!

Saturday morning dawned showery and thoughts of going to the beach were looking dismal, until our local Papamoa weather man sent a text to say the weather was clearing. So we got our things together and headed to Papamoa Beach just as the clouds disappeared. It turned out to be a great day at the beach. The campers were joined by others in the group and with the air temperature rising, many headed straight into the surf, which was great for body boarding. 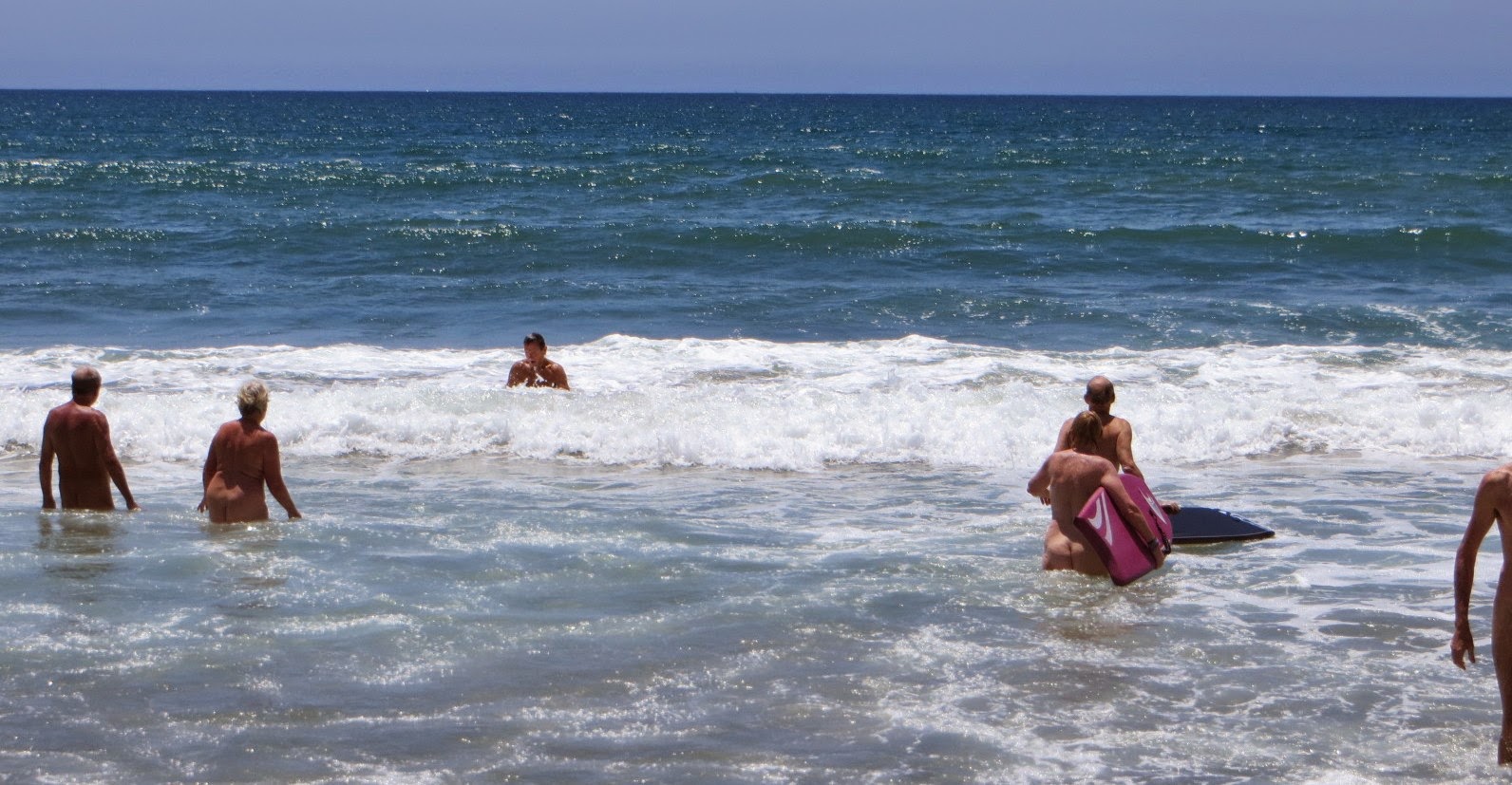 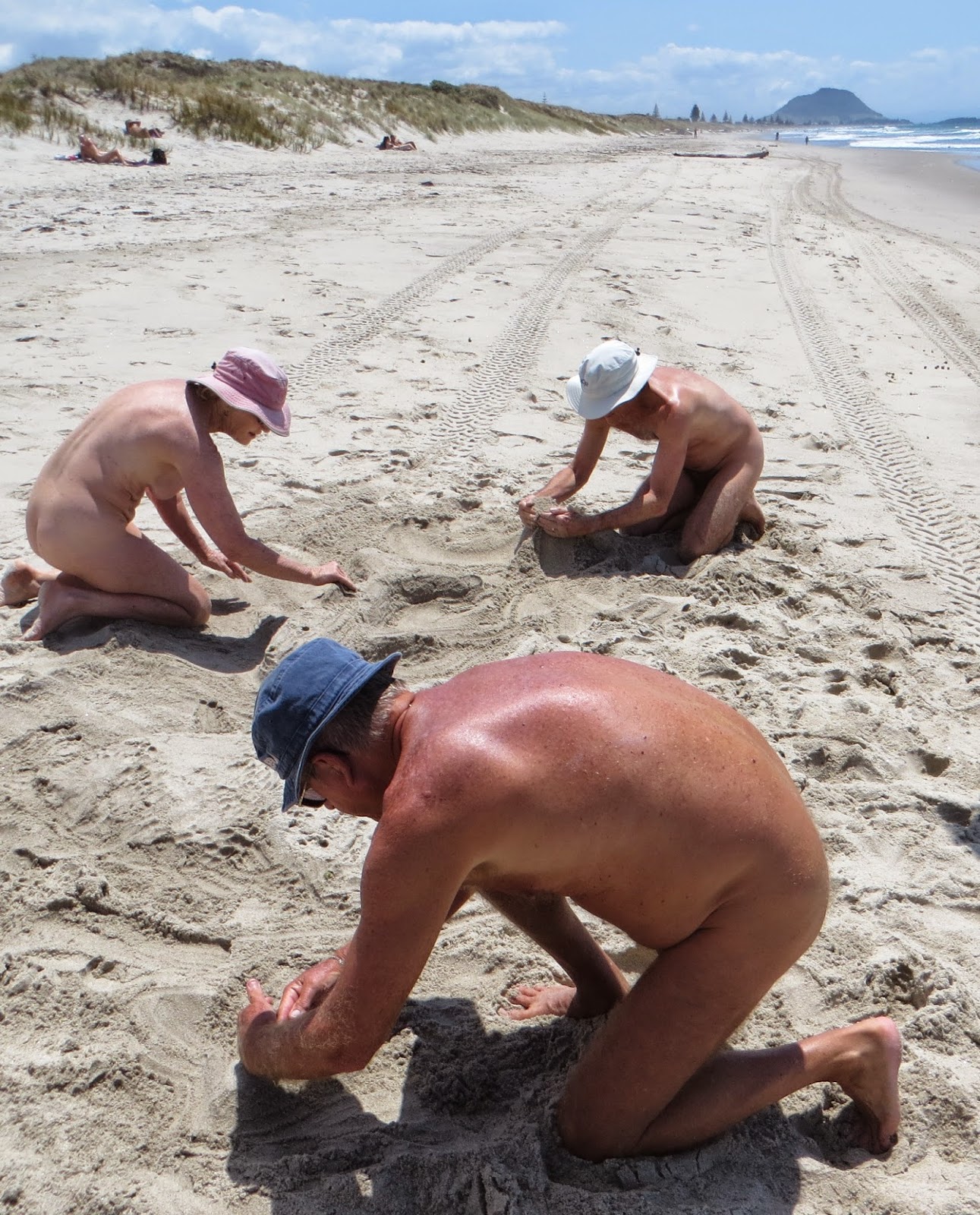 A sand castle and sand sculpture were constructed by some of the members - the sand sculpture consisting of a shark chasing a stingray which was chasing a small fish! It was a great creation until the local life guards stopped to warn us of a rip and drove straight over it! However the artists soon rectified the damage and the stingray managed to catch its prey and bite the tail off the small fish! 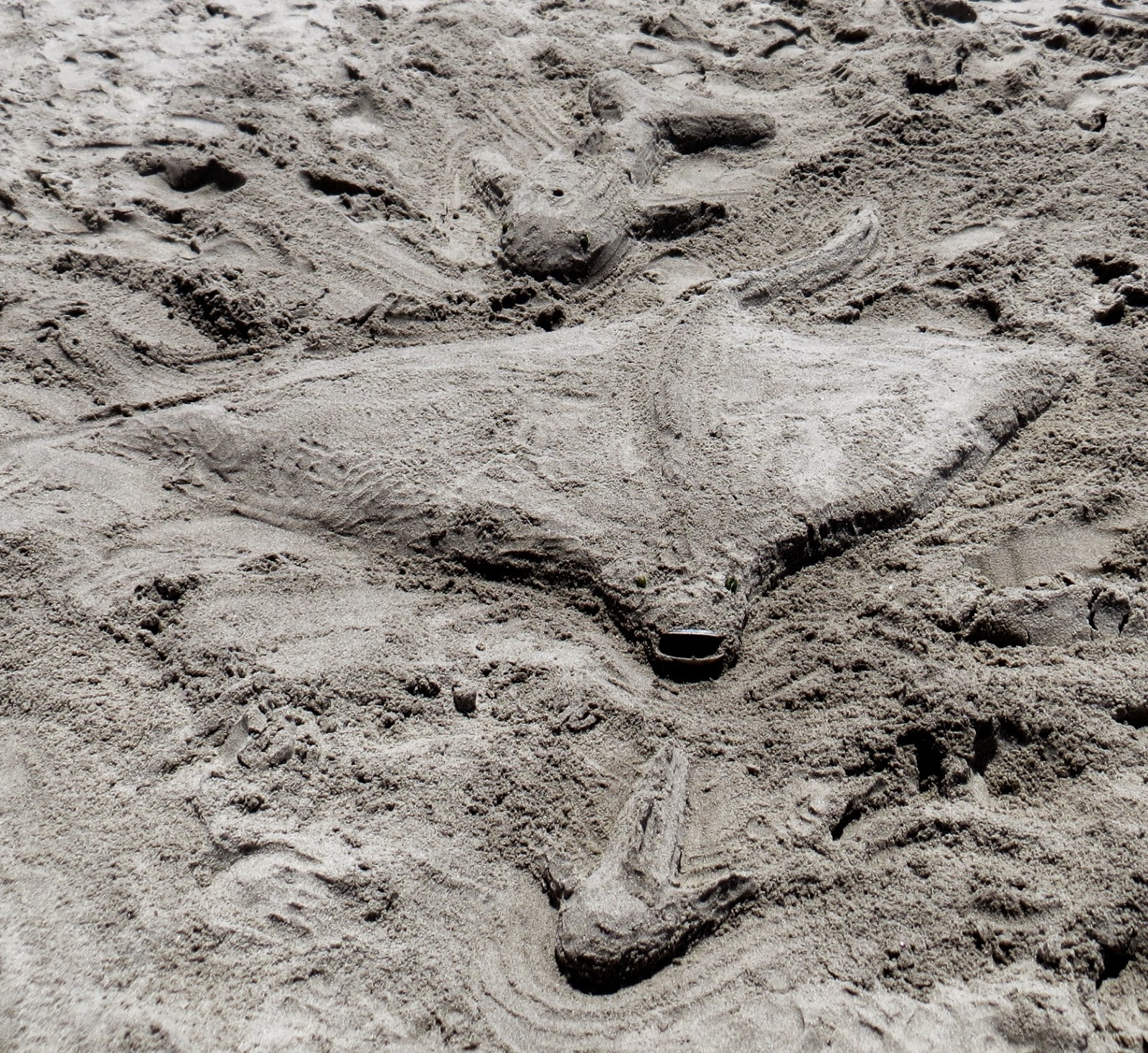 Once back at camp, we settled in for happy hour and celebrated the 135th birthdays of two members (65 and 70 years). After a communal BBQ, it was time to sit down and watch a movie called 'The Way' about the Camino de Santiago which a couple of members had walked a few months before. It was a magical setting under the palm trees on a perfect evening. 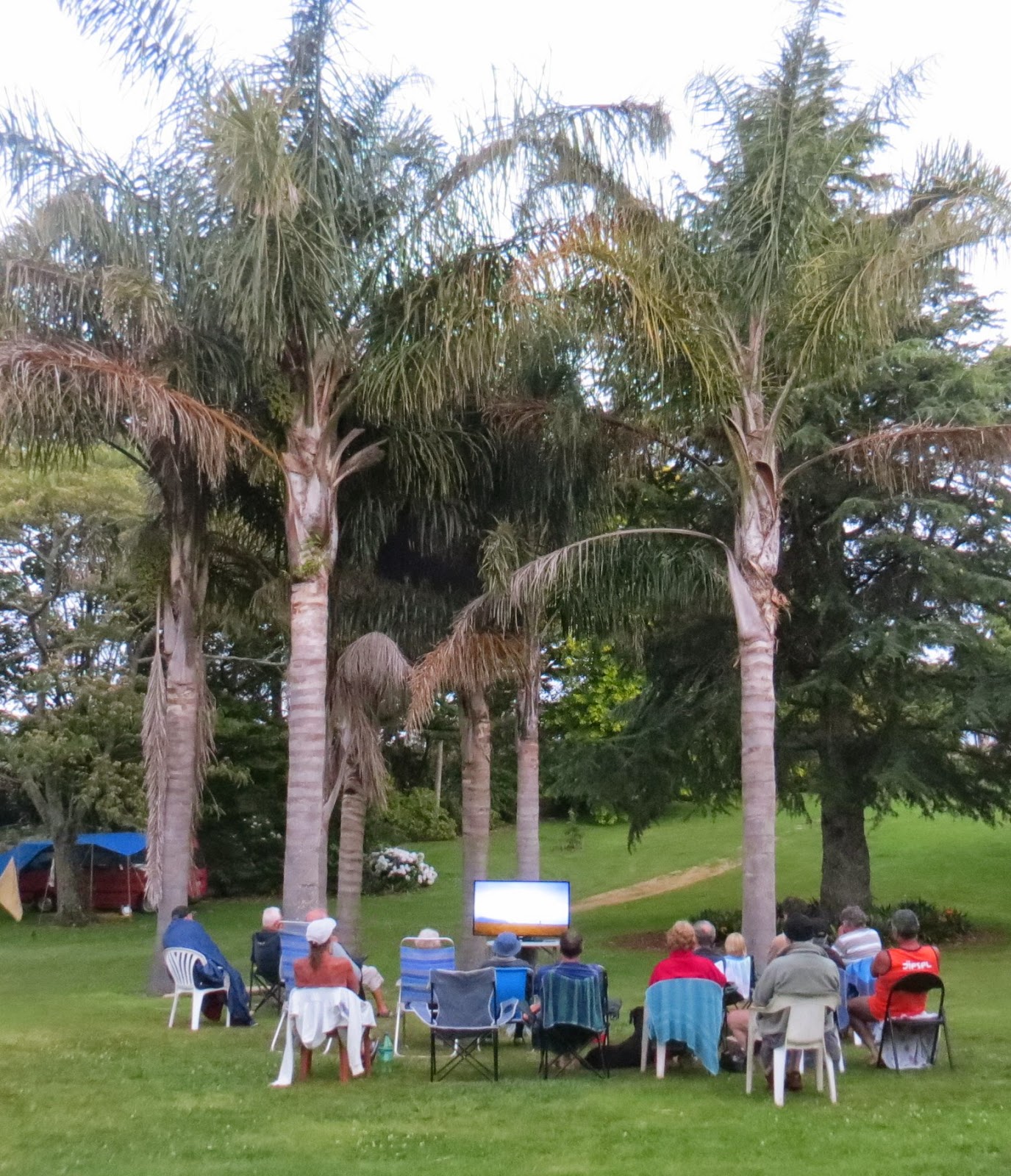 Special thanks must go to our member for dismantling the TV set in his lounge to allow us to see the movie. I did hear that while he was pulling it apart, he disconnected the internet just as his wife was sending some emails from another room - oops!
On Sunday, our very own 'Naked Chef' cooked breakfast for everyone. Once fed, we all sat around chatting until it was time to disperse and go our separate ways - until next month.