Another successful fun weekend for Bay of Plenty Naturists 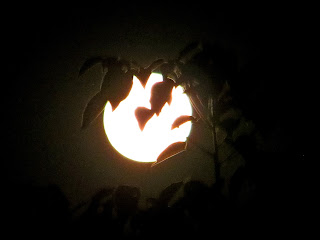 What a great time BOP Naturists had at our annual Pyes Pa weekend! And what a great turnout it was. Even the weather, which had been very windy all week and raining Friday morning, played ball by dropping the wind and allowed us to put up the gazebo. We only had a few showers on Sunday morning, so the gazebo did its job and gave us cover from the rain too.
We kicked off Friday with happy hour as members of the BOP Naturists started arriving. This was followed by a self-catered dinner. After we had all eaten, with the help of our 8 year old 'fireman' we lit the fire and all sat around watching the full moon rise behind  the tall trees. 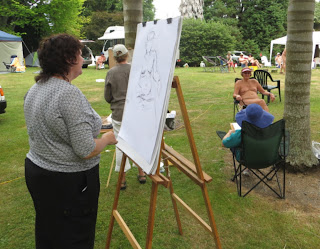 Next morning we welcomed a warm hazy/sunny day. And no wind! It was a day when we had a group of life artists come along to sketch any willing models. After setting up their gear, models were called for and there was no shortage of willing participants. They stayed on until late afternoon and were very pleased to have been invited along. 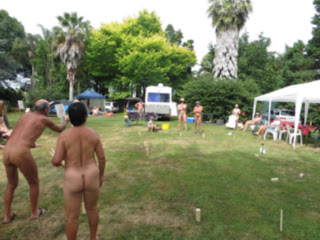 While the artists were busy, other members took on the new game Kubb. This is a Swedish Viking game and it was the first time we had brought it along to an event. It proved a good investment and the field was always being used as more and more joined in the fun. Even our 8 year old 'fireman' managed to beat some of us older members! 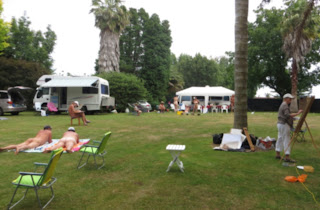 After the artists departed it was happy hour time and at this time I was able to present one couple who had just celebrated their diamond wedding anniversary, with two silver goblets, donated by a member. What an amazing achievement!! Unfortunately the group couldn't afford diamonds! 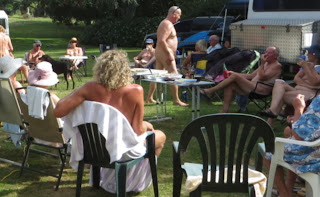 After a shared BBQ/pot luck dinner, we all sat around the fire until it was dark enough to set up the outdoor movie. This year it was 'The Danish Girl' and those who watched it enjoyed it till 11pm when we all headed for a good night's sleep in our respective accommodations. 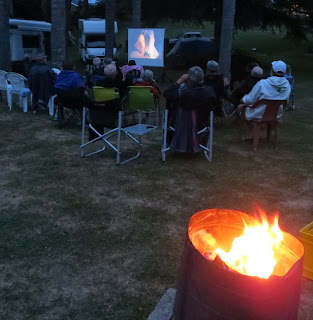 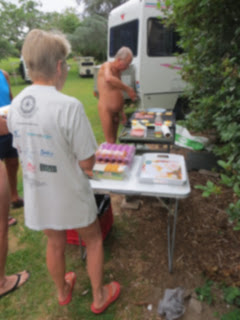 Sunday was a little drizzly but warm so this didn't stop our own Naked Chef from cooking everyone breakfast. Once that was over, Michelle our masseuse came along to relieve the aches and pains from those who had booked a massage with her. 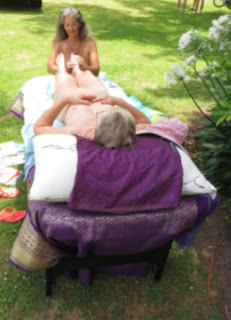 We also had our own reflexologist, Marie from 'Inner Space' giving treatments over the weekend. Another member brought along her home-made jewellery so the whole weekend was one of relaxation, artistry and fun.

Our thanks go to our hosts for offering their lovely place to us once again. It is certainly appreciated, not just by me but by all who attended.