What an awesome party!! 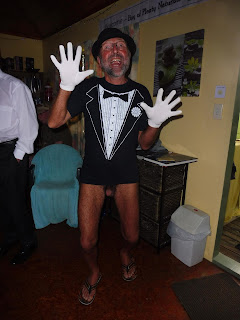 How else can I describe it! What a great time we had at Katikati Naturist Park for our annual games weekend and 1000th member party (membership is now at 1100)! Even the weather Gods looked down on us kindly. I had been watching the forecast for 10 days before the event and every day it changed – mainly for the worse, but on the day, it was perfect. 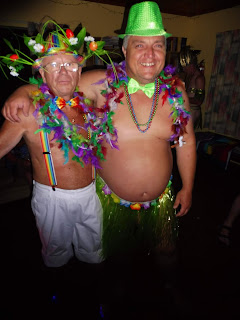 It was good to see Mike Moore, editor of the gonatural magazine, come along and join in the fun. He has written an article about the group for the December issue of the magazine which will be out next week. Check this website after Wednesday 7th December. https://www.gonatural.co.nz/gonatural-magazine

We played mini-golf and Kubb outside in the sun and gathered inside for darts and pool. Some also tried Wii 10-pin bowling. Nearly 70 members gathered in the sun for happy hour on the Saturday before moving to the gazebo for an amazing pot luck dinner. 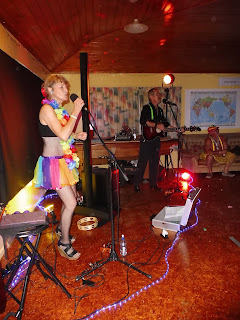 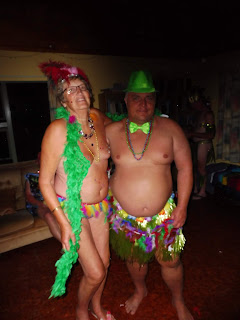 Then the band arrived, and the costumes came out. Everyone got into the theme of ‘Rio Carnival’ (including Allie from the band!) with some amazing colourful costumes. The party atmosphere started on the band’s first beat and so we partied and partied and partied for 3 hours solid. I have never seen such a great party atmosphere. Everyone was happy, energetic and just having a good time. By the time the band had to leave, we were gagging for more! 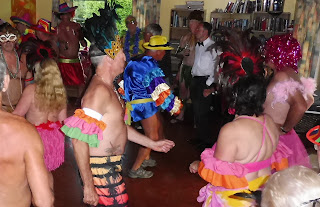 Next morning, we had a champagne breakfast, cooked by our naked chefs. After morning tea, we held a 2-minute silence for Armistice Day, then everyone received a small gift just for coming along and making the weekend such a success.