A group of about a dozen BOP Naturists members enjoyed a relaxed 6-week motorhome safari around the South Island of NZ in March and April 2021. The itinerary was designed to incorporate as many naturist clubs as possible and it did not disappoint, despite the lockdown imposed in Auckland just before the group hit the South Island. As no-one had travelled from Auckland in the previous 2 weeks, we were all able to catch the ferry across Cook Strait. Luckily, there were no reported covid cases in the South Island while we were there. After a couple of nights at the Manawatu Naturist Club, we all headed across the Strait to the South Island. The safari was designed to allow people to side-track to visit other areas or relatives and friends, and several did this, re-joining the safari at a point further along the way. 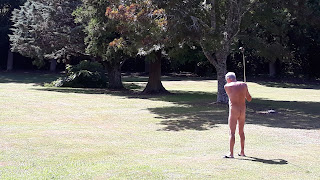 After a good crossing and a night in Blenheim, the first club we visited in the South Island was the Nelson Sun Club, who welcomed us and we were able to join them for their regular fish and chip night. Some of the group tried out their challenging 9-hole golf course, while others left the grounds to visit local areas.After a couple of nights at the club, we headed to the West Coast and spent about a week bunny-hopping along the coast. As there were no naturist clubs in the area, we stayed at various DOC camps and NZ Motorcaravan Association camps. We went to the most northern point on the West Coast (Kohaihai - at the start of the Heaphy Track) and also the most southern point (Jackson Bay). We also walked the Oparara Arches near Karamea.

Heading inland to the lakes, we spent a couple of nights at Glendhu Bay, in one of the three camp
grounds we stayed in on the trip. A couple of the guys climbed the nearby Roy's Peak and got great views over the area. We had been following the America's Cup yacht racing along the way and at Glendhu Bay we were able to celebrate NZs win at Happy Hour.

We next visited the wonderfully friendly Orchard Naturist Club. Here we were treated like royalty, joining the members for Happy Hour, games of Kubb (which we introduced to them then they beat us!) and a shared meal in the clubhouse. The weather was great for donning club uniform. But it was Central Otago after all.
After visiting Oamaru for a couple of nights and spending time at the Victorian Precinct in this steam punk capital of NZ, we headed inland again to the lakes and the Mount Cook area. Staying at the Department of Conservation campsite under the towering mountains (including NZs highest - Mount Cook) was a highlight of the trip, especially as the weather was great. Some of the group walked up to the Hooker Glacier across several suspension bridges, despite the gale-force winds which made the trip too demanding for some (like me)!

Through to the Mackenzie Country and Lake Tekapo. A couple of nights here allowed members to visit the area's attractions. It was really sad to see the lack of tourists in this beautiful area (and previously on the West Coast) due to covid and having our borders closed to overseas tourists. 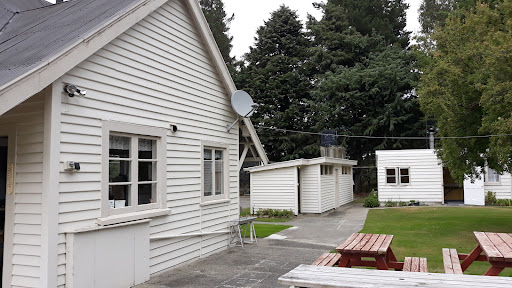 We next visited the small South Canterbury Sun Club, where once again the welcome mat was put out for us. They prepared us a roast meal of export quality hogget with all the trimmings and were the perfect hosts for the two nights we spent there. 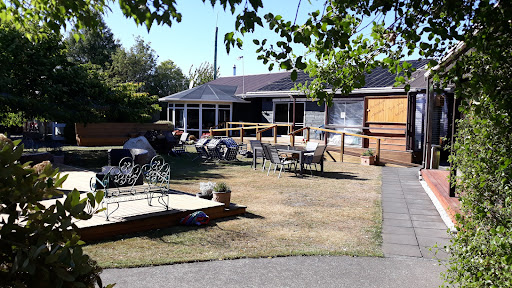 The next club was Pineglades Naturist Club in Rolleston, near Christchurch. As it was Easter, it was the official closing of the summer season get together and prizegiving. We had some of the famous Canterbury north westerly gales while at the club but they died down just in time for one couple to go on their booked hot air balloon trip over the Canterbury Plains. 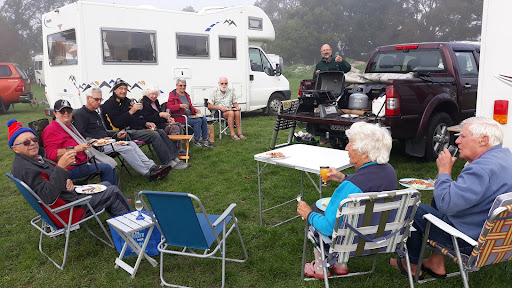 A detour to Hanmer Springs followed after leaving Christchurch before heading along the inland route to Kaikoura, stopping off to look at the earthquake damage along the way. In Kaikoura, we spent our last morning being hosted with a cooked breakfast by one couple who were leaving us to tour the Marlborough Sounds. The rest of us headed north and had our last evening meal together in Picton. Next morning, we headed off on separate ferries back to the North Island and home.

So ended a great 6-week trip around the South Island. Despite the covid pandemic, NZ was covid-free for the whole trip. The weather was pretty good except for a couple of wet days through the Haast Pass, but this was when we were travelling so wasn't an issue. Everyone enjoyed the camaraderie of the group members and all appreciated having time together. No-one got lost or didn't stick to the plan, which made it all the better for the organisers - Col and myself. One day, when we are free of covid, maybe we will travel together again to another area of beautiful NZ.