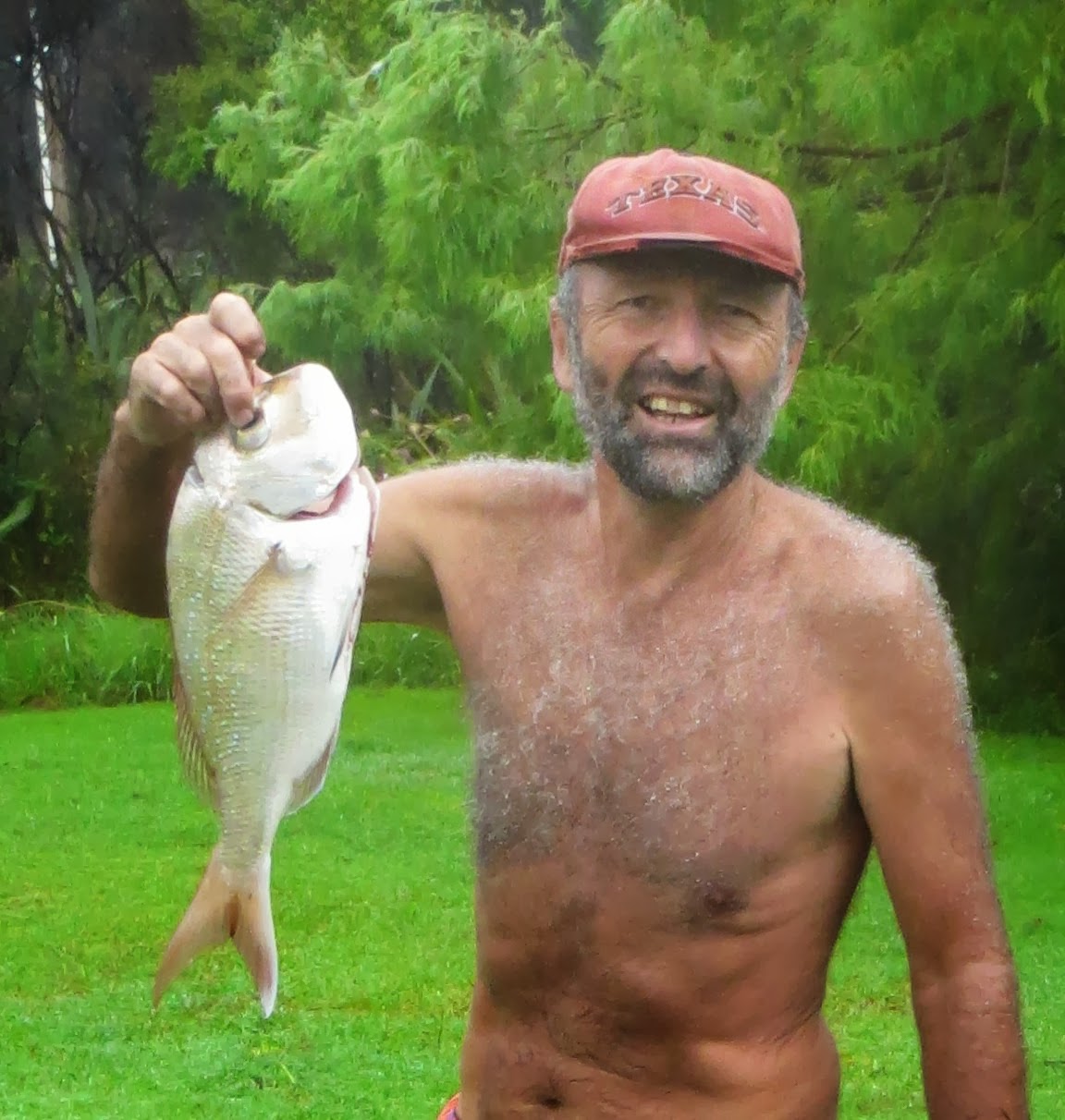 We have just returned from another fabulous weekend at . Saturday dawned misty with occasional drizzle and with the humidity probably at 100% because even under shelter we got wet! Some of the keen fishermen amongst us headed off early to the beach. One came back with a good sized snapper, which he took the risk of putting in our frig. Despite our attempt to convince him it had been morphed into a tin of sardines, it left Opoutere to be shared with his mother who I am sure enjoyed it. 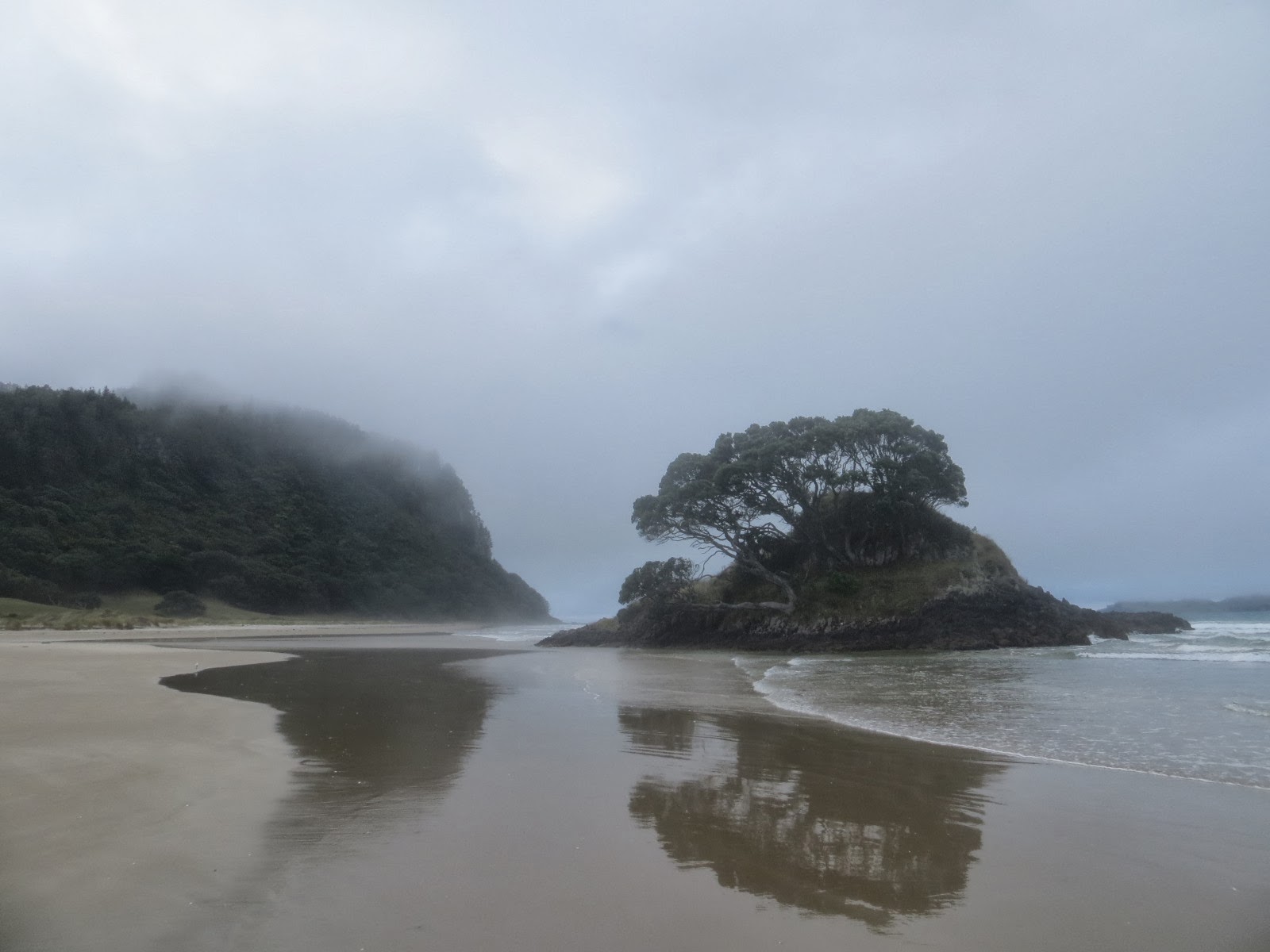 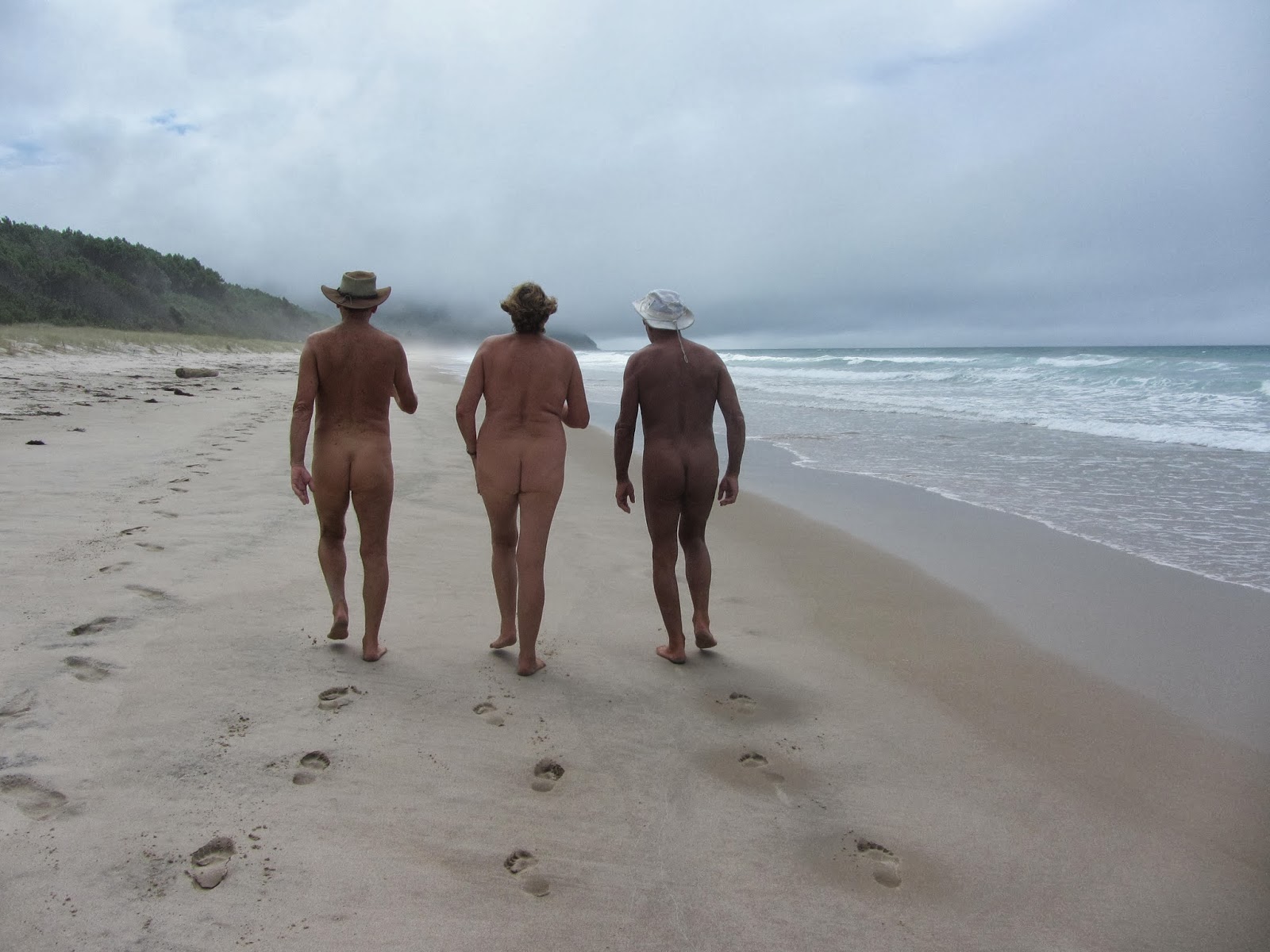 After lunch, we all headed off to the beach. By now the drizzle had left us but was clinging to the hills. Despite the lack of sun, it was still warm and didn’t stop some people swimming, while four of us walked ‘au naturel’ along the 5km beach to the ‘island’ at the north end. We met a few people along the way who weren’t at all worried about our nakedness. As we got halfway back to our gear on the beach, the drizzle returned, but luckily it was coming from behind us and quite refreshing.

We returned to camp to dry off and prepare for happy hour, which was a cosy affair under our awning and umbrellas! However, as if on cue, the weather cleared by dinner time enabling us to enjoy a shared BBQ without getting wet while cooking or eating. 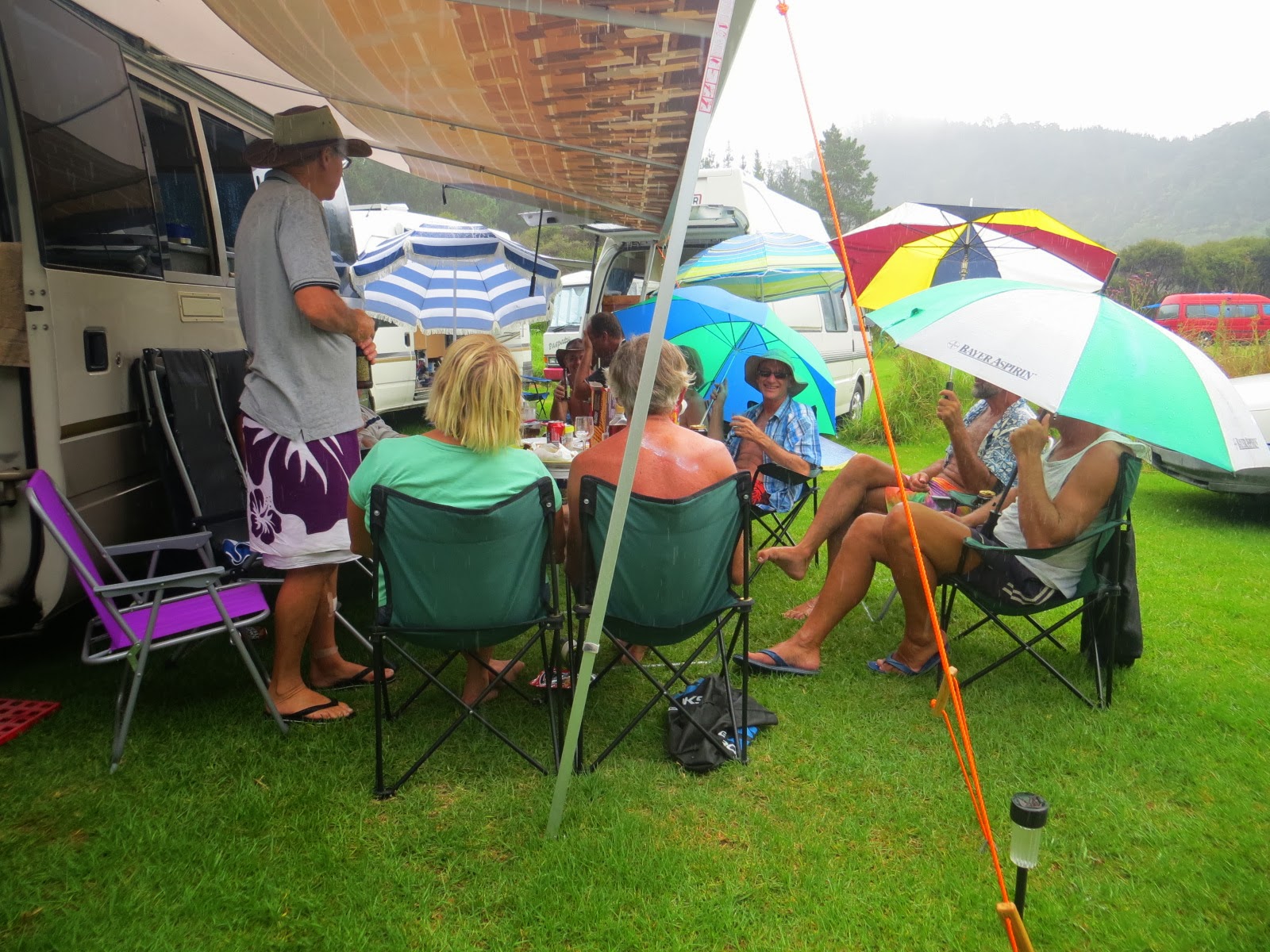 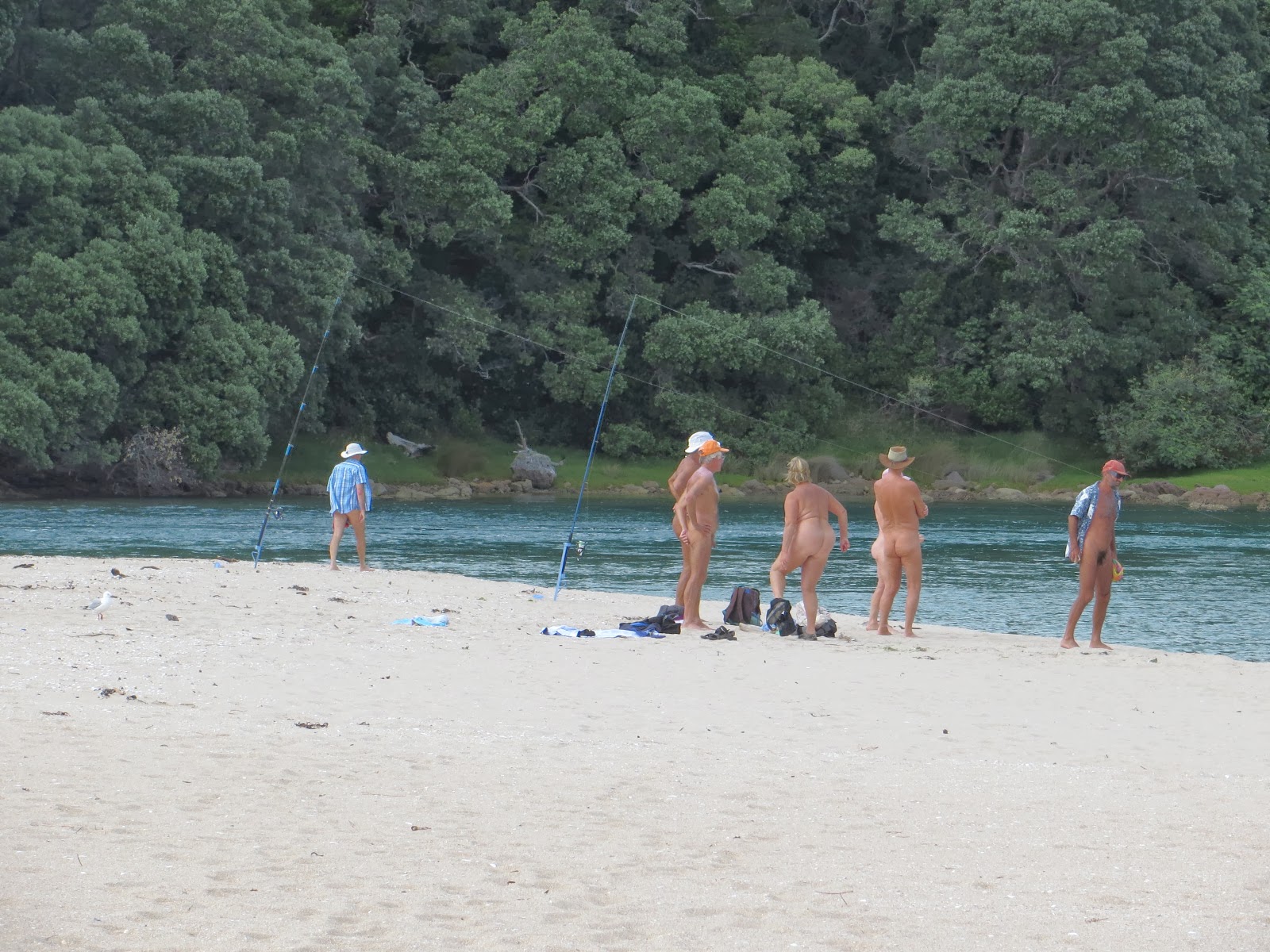 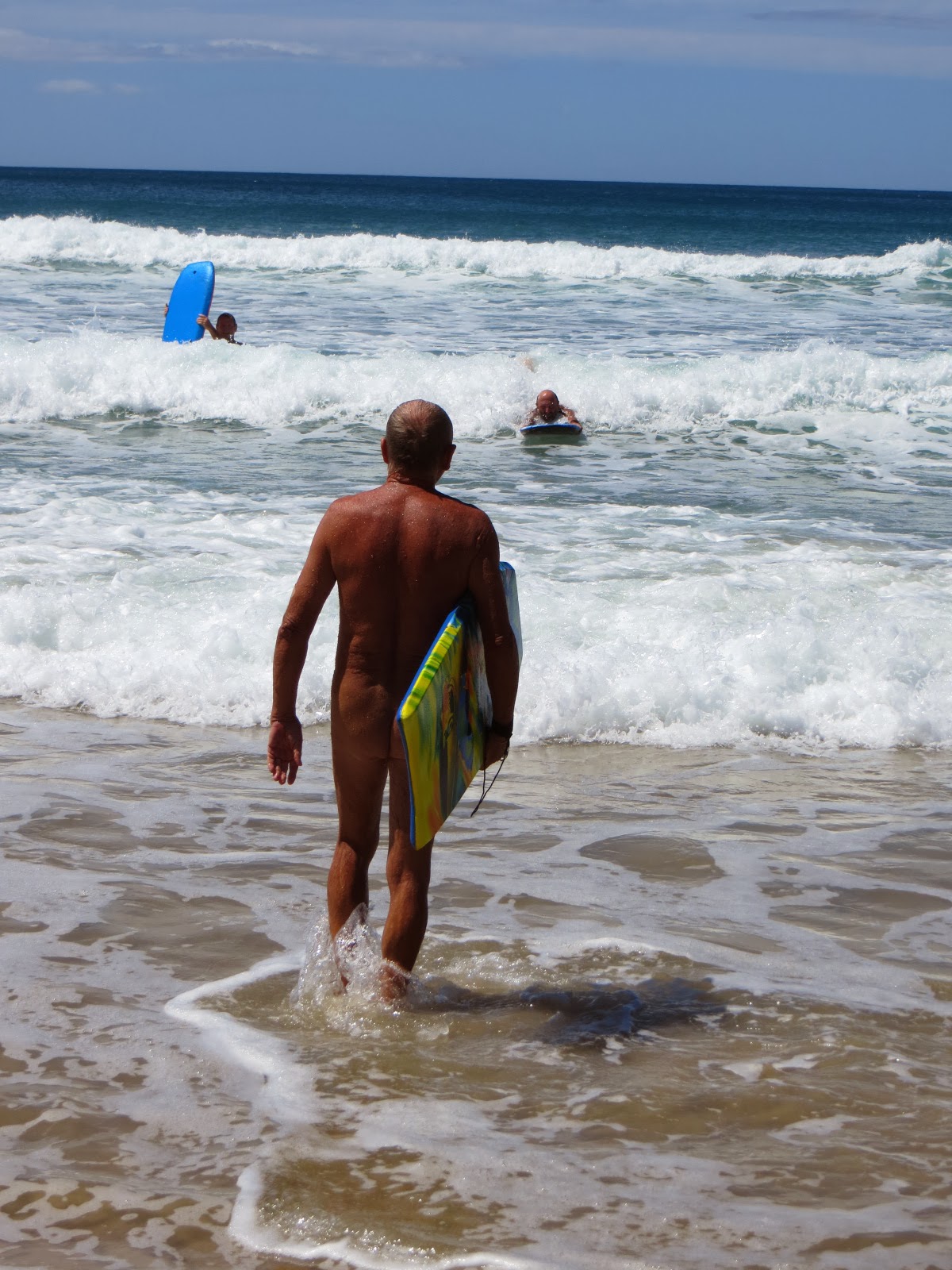 The fisher folk headed off early the next day to the estuary while the rest of us had breakfast, after which we joined them. By the time we got there, one of them had already landed a good sized kahawai. Two other members then decided to have a swim in the calm waters of the estuary and just after they got out, we spotted a dark shadow in the shallow water. We initially thought that it was a large stingray, but as the creature glided past us in the clear water, doing a couple of circuits right in front of us, we realised that it was a two metre (plus) bronze whaler shark, no doubt looking for a stingray, its favourite food. Although humans are not usually part of a bronze whaler’s diet, I think the swimmers were glad that they had left the water when they did!

Back to camp for lunch and while some packed up, we headed back to the beach to ride the waves, as the sea was perfect with long straight surf. As well the sun was out, making a great end to a fantastic weekend. We will return again same time, same place next year.