A day at the races - BOP Naturists style

What a great event we had at a member's property near Tauranga last weekend. Over 20 people arrived for the 'BOP Naturists Stakes' at the private 'race course' where fashion in the field was hotly contested. A better looking group of naturists dressed only in a hat (ladies) and tie (men) had never been seen before. Everyone got into the theme of the event and over a picnic lunch on the 'green' overlooking the race track we all were given a glass of bubbly (complete with a strawberry) to complete the theme.
The races were hotly contested, with six 'horses' being ridden by six 'jockeys'. The caller threw two dice - one for the horse and one for the number of paces forward that horse could move. To make things interesting, hurdles were placed along the track and the only way to get over these was to throw an even number. This led to the lead changing as others caught up. 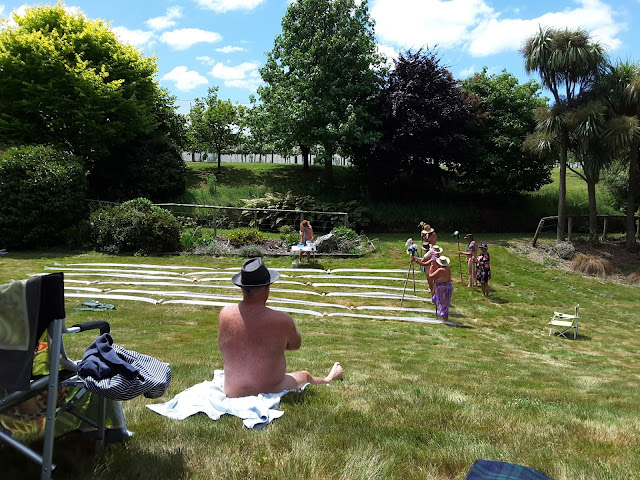 The six horses were appropriately dressed in stable colours and without bias, horse number one won four races in a row! Maybe it was 'Pretty Belinda's' attractive get up that was so popular. 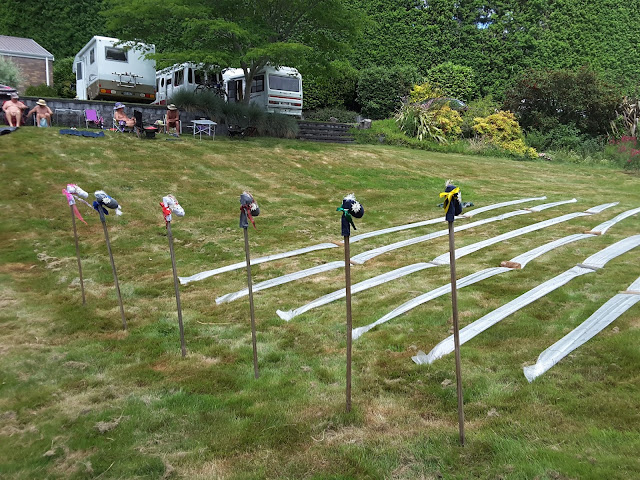 The day culminated in a shared happy hour and BBQ outside as the sun set and this was followed by a movie 'Phar Lap' about the famous NZ race horse's short life.
On Sunday morning, as most of the punters had stayed overnight in their motor homes, BOP Naturists provided a cooked breakfast to round off a great event.
After breakfast, some of us went to the local TECT park for a bike ride on a Grade 2 track. This however proved a little too high a grade for some of us, who were happy to let the fitter ones do several circuits. 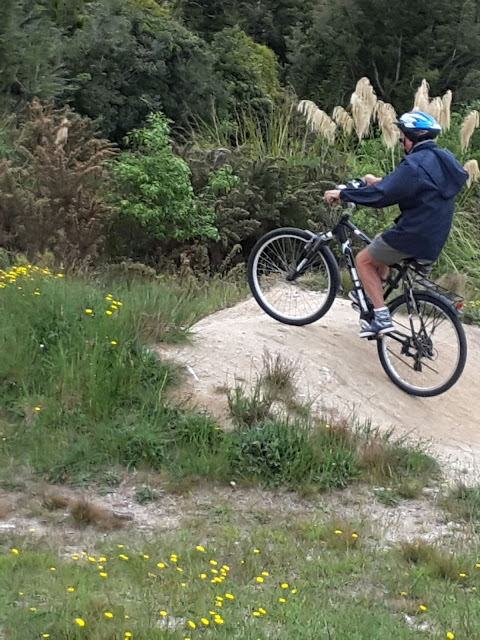