The second event that Bay of Plenty Naturists held over the weekend was a day at Orokawa Bay at the north end of Waihi Beach. Twenty-one adults and 3 kids walked the 45 minute track around the point to the private beach at Orokawa Bay.  The walk was steep at the start and finish and slowly climbed to a viewing platform about 2/3 of the way over to the bay. From then it was downhill to the beach, and was easily managed by all who went on the walk.
Once at the beach, we settled down under the pohutukawa trees and enjoyed a peaceful few hours naked at the beach. 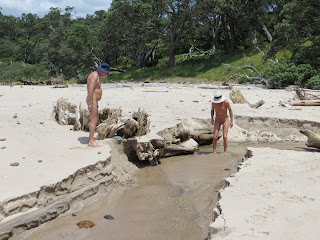 Although the sea was a bit rough, we were close to a small stream which the kids enjoyed playing safely in and which some of the adults also cooled off in (and played in)! 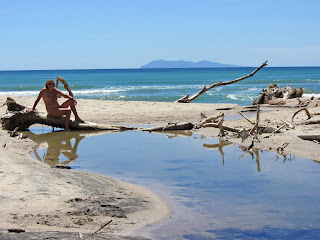 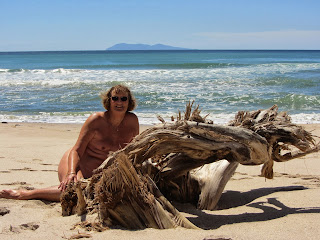 The beach had some amazing driftwood which made for some interesting photos and the view out to Mayor Island was a beautiful backdrop. 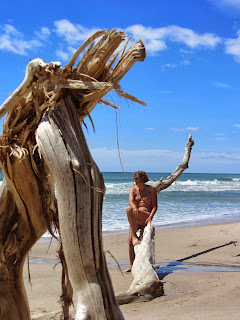 There were some mussel-covered rocks at the end of the beach as well, which were pretty rough on bare feet! 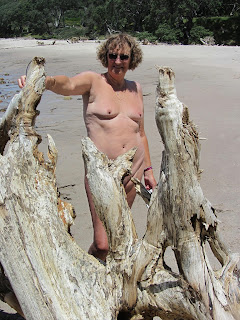