The weather was warm and sunny last weekend and the competition was fierce for this years annual Phoenix Shield challenge between the Bay of Plenty Sun Club and Waikato Outdoor Society at the BOP Sun Club's grounds. The competition was so close that neither club knew who had won until the presentation ceremony on the Sunday morning.
Over 25 naturists from both clubs and eight from BOP Naturists (who don't belong to either club) enjoyed the occasion and the games that were part of the challenge. Both team challenges and individual games were played in good spirit which is usual for the Phoenix Shield event. The games were very relaxed, simple and with team games included, most people took part.
Some of the team games are featured here. There was an egg and spoon race with real eggs followed by egg throwing. My partner for the games and myself threw our egg so far that everyone thought it was hard boiled - until it broke in my hands! Running with a balloon between the legs in a relay was very entertaining and a hoop relay with 2 hoops and 2 people having to get from one end of the course to the other without moving out of the hoop required a bit of lateral thinking. 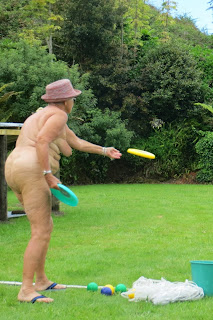 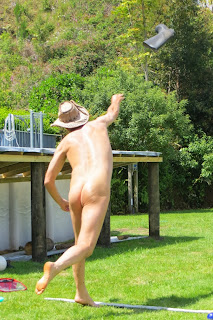 Individual games were based on throwing things. Firstly we had to throw a petanque ball as a shot put, a gumboot, a frisbee and even the caber. One participant got the booby prize for throwing her gumboot straight up above her head while several others threw theirs into the pool! We also had to make a hole in one with a golf ball and upturned umbrella. 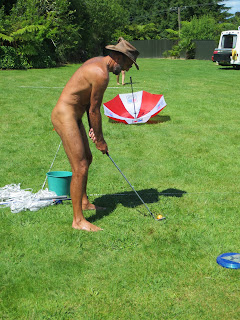 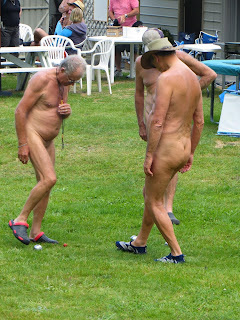 A few games of mini-golf, horseshoe throwing, volleyball, and petanque followed for individuals to compete in before happy hour and the hat competition. 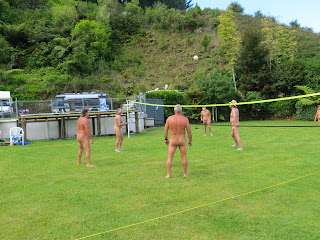 There were some fun hat creations that would rival any at Ellerslie (and some that wouldn't)! 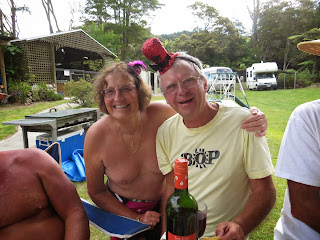 After a pot luck dinner provided by the BOP Sun Club members, a radio and TV personality from Rotorua hosted a quiz night. The teams from earlier in the day joined up again to answer some of the varied questions. The questions on the Renaissance left most of us stumped as did the themes from TV shows in the 70s and 80s. Just showed that we were all far too busy in those days to watch TV.


The winning team wasn't announced until the next day with the quiz being the deciding event that determined which club would hold the Phoenix Shield for the coming year. 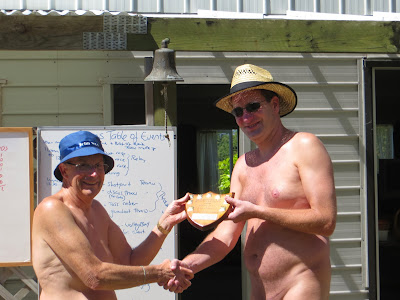 Oh - I suppose you want to know which club won? Well once again Bay of Plenty reigned supreme by a slim margin, due to their knowledgeable teams who were placed (out of 7 teams), 1st, 2nd, 4th and 5th in the quiz.